My name is Max, I've been a model railroader since I was about 5 years old. My grandfather had a Märklin H0 model railroad layout that I played with as often as possible.

In the early 2000s, my parents gave me my first Märklin starter set for Christmas, namely Märklin 29185 with the steam locomotive 81 001.

With this set as a basis, I built my first layout, a very simple oval with a large mountain on one side and of course a tunnel. Very soon a second starter set was added, Märklin 29155. That gave me two locomotives and a considerable number of freight cars (for that time). 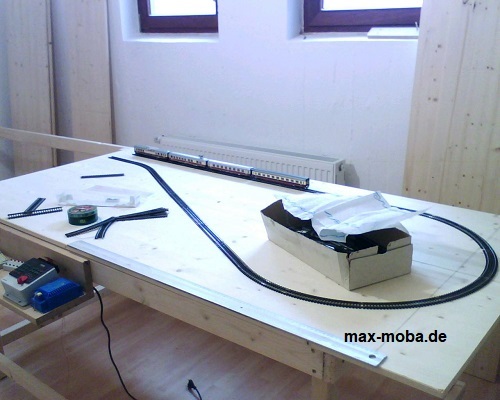 The collection was expanded again when I inherited the model railway material from my grandfather, which ultimately resulted in the second layout, this time more complex and significantly more track. 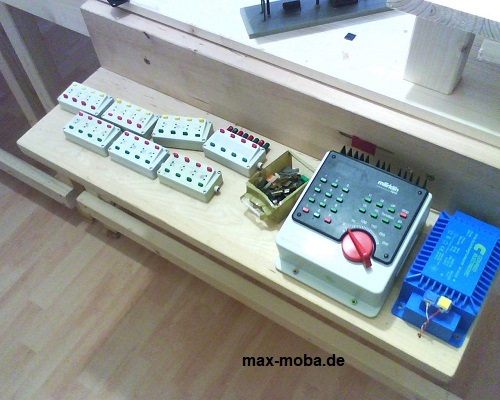 The beginnings of the second layout (2009)

The controls of the second layout (2009)